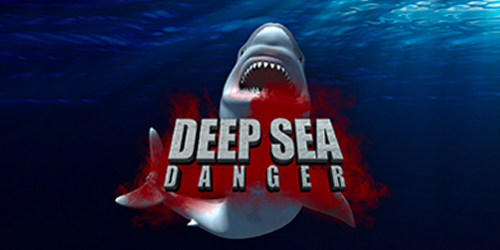 Discover one of the most iconic sealife-themed slot machines you can play for real Bitcoins on top BTC gambling portals!

All thanks to this truly marvelous slot game developed by Booming Games, you will learn a lot more about the multifarious sea creatures and beasts inhabiting the abyss of the ocean! Unsurprisingly, this can be seen from the colorful selection of reel symbols in this slot: here, we can find the octopus, the jellyfish, the angler, eels, and lots of other underwater animals and fish, including giant sharks! As one may have guessed already, such symbols stand for higher values in terms of rewards for you, whereas there are also lower-paying symbols in the form of conventional playing card values (starting from 9 to King).

One of the most spectacular visual features of “Deep Sea Danger” are transparent reels letting you enjoy the tremendous view of sealife. Beneath, at great depth, we can see an old shipwreck which has become home for thousands of underwater creatures like eels and great white shark. Overall, “Deep Sea Danger”, thanks to its cool graphics, is one of the most realistic slot games about underwater life, and it doesn’t really look like a primitive slot game for kids. Despite the game not having any musical soundtrack, it does really great without it, as, instead of music, you can listen to the enigmatic sounds of the abyss. 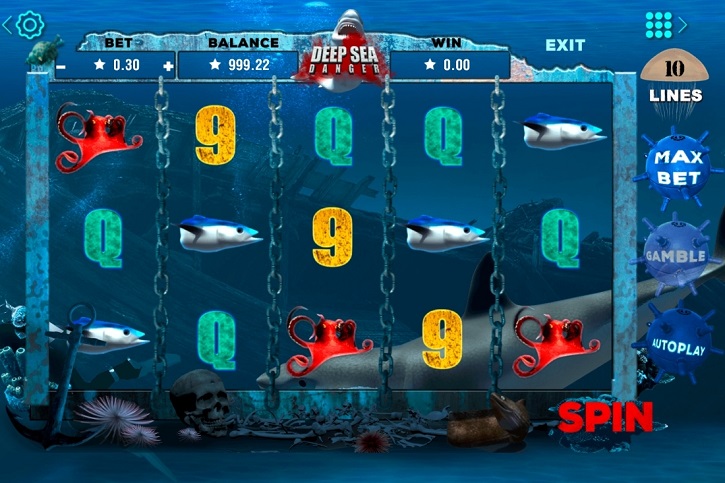 On the game’s five reels, there are 10 ways-to-win in total, this being a somewhat exotic scheme these days. To your great delight, every spin here is followed by extra winning opportunities, as you can enter a Double or Nothing mini-game easily by pushing the Gamble button in the menu. In this bonus game, you need to correctly predict whether the following sequence will feature the head or the tail of a shark, and if you’re lucky enough, the odds are great your reward will be doubled!

Where you can to play slots from Booming Games