Why Bitcoin exchange rate drop is… good for miners 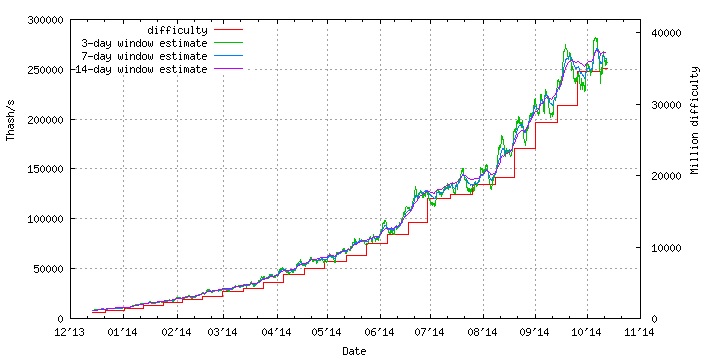 The recent Bitcoin exchange rate drop pendulum may become a bit of drama for those keeping their savings in BTC, as some of them lost profits this way or another.

For Bitcoin miners, however, the BTC decline can turn out to be a streak of good luck.

As you know, new Bitcoins come into being as a result of mining. Calculations made by a mining device provide protection against the reflow of the same bitcoins. Miners get bitcoins as a reward for the electric power they supply the mining devices with.

The more powerful your mining equipment is, the more bitcoins it gets you. Bitcoin network has to generate 2,016 blocks every 600 seconds. If you multiply the number of blocks by the generation time of one block, and then convert seconds into days, you will learn that 2,016 blocks ideally require… exactly 14 days (2 weeks) to be generated. This is possible due to the difficulty conversion occurring every time another 2,016 blocks are generated.

The higher the difficulty is, the fewer bitcoin are generated by the device. That is, the difficulty of the network increases with the growth of its total processing power. In this case, there is an indirect connection with Bitcoin exchange rate and the technical capability of mining equipment manufacturers: the higher the rate is, the more money is invested into equipment development by companies and private investors, which, in turn, leads to the increase in difficulty.

Starting from July 2014, there has been a slowdown in difficulty growth (the 20.86% run-up in August is associated with a large shipment of mining equipment produced by a well-known manufacturer). The latest Bitcoin difficulty conversion indexed only 0.98%.

The difficulty growth declined significantly against the backdrop of Bitcoin exchange rate drop, and now may be the right time to invest in mining equipment. Thus, the lower the rate is, the more profitable it is for private miners, and the more bitcoins they are able to generate for themselves.