A Bitcoin replacement for SIM cards? 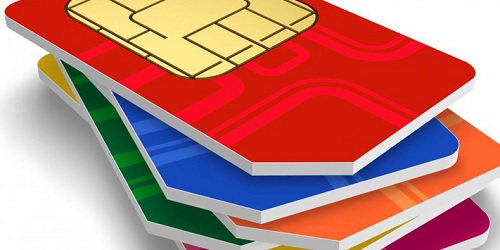 One day when time comes, and mobile phones, tablets and other devices will no longer need SIM cards to operate, will it be because of a Bitcoin replacement found?

Recently, Cointelegraph published a video called “Bitcoin poised to make SIM cards obsolete”. Naturally, we know Bitcoin has a wide range of applications, but is it really one of them?

The video describes an interesting scenario. Subscriber Identity Module (SIM) card is used for the secure storage of IMSI (International Mobile Subscriber Identity), which identifies the mobile device. It also stores security authentication data used for subscriber authentication. If it all comes down to mere identification, why can’t software be used instead of a plastic card with a chip? This can reduce maintenance and operating costs, as well as production and delivery expenses.

As implied in the video, in the future cellular networks will actively monitor Bitcoin block chain. Phones will broadcast the IMSI signal binding every single cellular device to an account. This account can be successfully replaced by a public Bitcoin key securely stored on the phone. The private key will never be transmitted to mobile carriers or any other part.

Some argue that people can get too excited thinking of Bitcoin as a solution to any problem. Is it one of those cases? Currently, the system faces very existent obstacles in its way, one of them being carrier companies having to update the whole infrastructure in order to discard the now fallen in price SIM cards.

Bitcoin replacement for SIM cards can be an attractive idea, but it has to be thoroughly analyzed in terms of costs and benefits.