Estimating the date of the third Bitcoin price peak 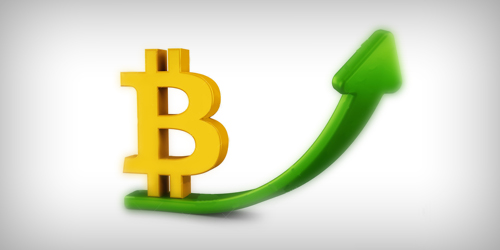 Taking a look at Bitcoin price dynamics from the beginning of 2013 to the present day we get a good chance to predict the approximate period of the third price peak. 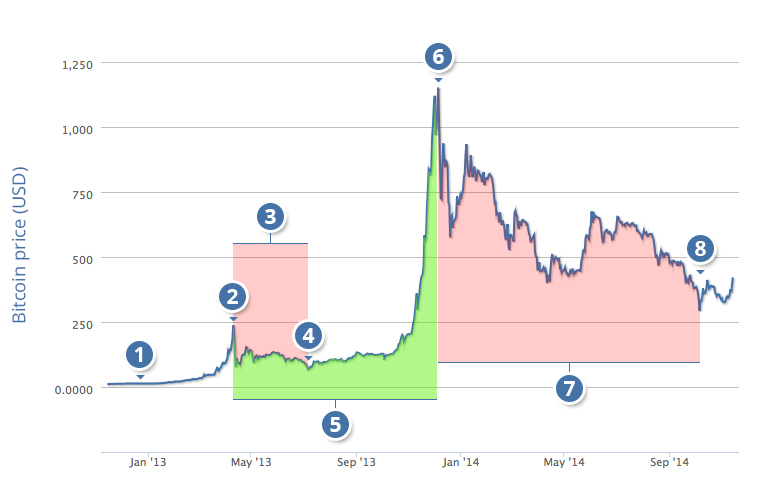 The second graph may help us predict the price of the third peak. It’s quite simple: during the first and the second peak Bitcoin price made up approximately x10 of the pre-peak price. Just compare (1)/(2) and (4)/(6). As we’ve proven that (8) was the second bottom with BTC costing a little less than $300, next year the price may rise up to $400-500 with the third peak reaching up to $4000-5000 per Bitcoin.

So, if you base yourself upon the above said, do not expect Bitcoin price to drop below 300 in the coming months, as already in spring 2016 every BTC you have in your wallet may cost up to $5k. Awesome, isn’t it?

What’s your prediction? Feel free to share and discuss this article on Twitter and other social networks.