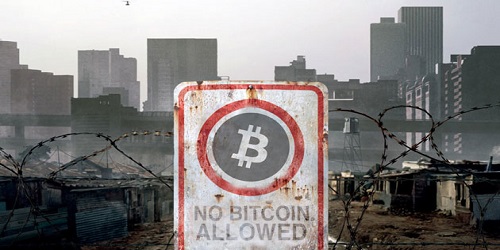 Bitcoin is officially prohibited in Kyrgyzstan. The National Bank of the Kyrgyz Republic (NBK) expressed their negative attitude to crypto-currency in an official statement.

Any calculations done in digital currencies, including Bitcoin transactions, will from now on be deemed illegal in the republic, and the authorities will officially recognize only som (the national currency of the Kyrgyz Republic) transactions.

The central financial regulator explained their decision with high risks that the usage of Bitcoin is associated with. The National Bank is especially troubled by the absence of material backing for BTC. As noted by NBK experts, this virtual currency has no real value, because its exchange rate cannot be pegged to real assets and BTC transactions require special online “platforms”. The only factors that bitcoin value is dependent on are the supply and demand for it.

NBK also pointed out that Bitcoin is vulnerable to safety and security risks. In case your BTC were transferred to a wrong receiver, there’s no chance for you to return them, as the system includes no regulating bodies or financial institutions serving as intermediaries. The same is applicable to stolen (or misappropriated through another means), and the fraudsters are impossible to identify.

Having analyzed all crypto-currency aspects, Kyrgyzstan authorities eventually decided to abandon it.