Is it possible to mine bitcoins on a bulky 1960’s IBM computer? 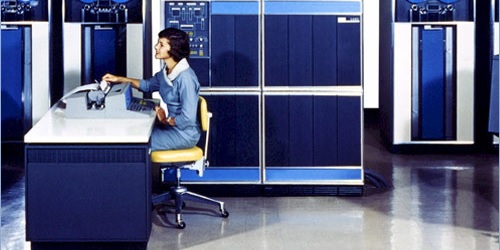 Ken Shirriff, an electronics engineer and tech blogger, tried to mine a BTC block using a bit antediluvian IBM computer originating from the 1960s. Was it successful?

Actually, Shirriff was conducting an experiment with an aim to learn how practical and rational it is at all to mine bitcoins on somehow obsolete appliances. Ken says he was having a really hard time trying to make use of a lumbersome IBM-1401 and make it compatible with SHA-256, the cryptographic algorithm behind the seed hashing processes.

According to Shirriff, the historical computer is fully capable of mining the cryptocurrency, ‘but so slowly it would take more than the lifetime of the universe to successfully mine a block’.

With his experiment, Shirriff was able to show us the vastness of difference between the machines of the past and the devices we use today. Simply compare the mind-bending processing rate of ca. 1.000.000.000 hashes/sec that modern machines are capable of with the laughable 80 seconds that took the poor 1401 to complete just a single hash. The reason? Well, it’s all really simple: SHA-256 is initially designed to be compatible with 32-bit devices, and IBM’s 50+ year old creation can only deal with 6-bit sequences.

Shirriff’s verdict: there is no point at all in implementing SHA-256 on IBM 1401, as it ‘is slow and inconvenient’, and ‘it doesn’t even handle binary arithmetic, using decimal arithmetic instead’.

Metaphorically saying, the 80 seconds that took the machine to solve the algorithm and process one single hash is just ages by present standards, but even more funny is the fact that it would take 1401 about 500.000.000.000.000 years, or about 40.000 times of the current age of our universe to solve just 1 Bitcoin block. Again, compare it to a modern USB stick miner capable of performing 3.6 billion hashes per second and costing about $50.

Anyway, now we know bitcoins can be mined even on a machine that is most likely to be a museum piece.