The potential of Bitcoin – a future reserve currency? 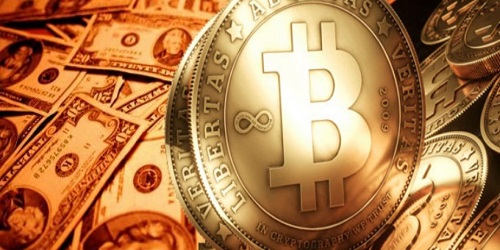 Bitcoin’s rapid popularity ascent has merited the attention of world governments and major companies, and it seems to become something more than just a new currency.

Liam Halligan, a Telegraph journalist, sees the drop of the U.S. dollar as a sign of the probable emerge (within about ten years) of the global “reserve currency basket” including the dollar, the yuan, rupees, rubles, and precious metals.

According to Halligan, central banks are very likely to consider this synthetic stratification supported by goods and other tangible property, and include crypto-currencies (including, but not limited to BTC) in their reserves. You may think it’s foolish, Halligan says, but think about the fact that humanity has long been in short supply of stocks – whether shells, stones or metals. Now that generations X and Y have broken the money-printing money taboo, it would be more than just reasonable to utilize complicated digital algorithms to limit the stock of a certain currency.

This change will not happen overnight, but this change is real – the global monetary system has been moving towards this step for decades. The dollar accounted for only 33% of all foreign exchange holdings in 2013, compared to 55% in 2001. This is caused by a number of factors, including the establishment of BRICS and China’s (they seem to prefer the yuan to USD) insatiable appetites for energy.