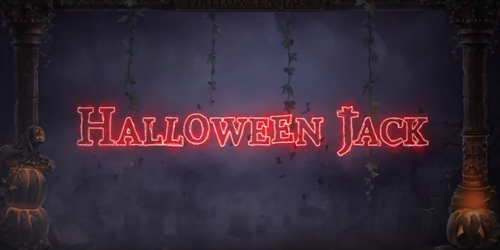 Set on a traditional scary Halloween theme, which brings a feeling of mystery and a scary Halloween trill. This slot is set for launch in October of 2018. It comes with a lot of features like, expanding wilds, scatters, other special symbols, and the high and low-value symbols, all amounting to a total of twelve symbols.

Payin and Payout Details
This game has a winning potential of over 3,000X a player’s stake on a spin, an RTP of 96.28% and it has twenty paylines in all. What is more? The minimum bet is 20 cents and a maximum of 100 USD per spin.

Graphic designs
Netent like always brought out the intended theme for this game elaborately. This five-reel, three-row slot is set on a mystic nighttime background at a cemetery. A sight that brings the nostalgia of Halloween alive. What is more? The soundtrack helps paint a perfect picture of that mystery and horror feeling associated with Halloween.

Symbols
There are twelve symbols in all, from low paying to high paying symbols, which includes a female vampire, with dark eyes, which is the highest paying, with 5 of it giving off a thousand times the players stake; a bat symbol; a red eyed raven; a horseshoe; and card symbols J, K, and 10. Also counting is a Halloween pumpkin lantern called the “Walking Wild,” for wilds; a scary looking walking dead, with a walking wild symbol as its head, which is the expanding wild feature; a lamp; and finally a sorcery box for scatters.

More on symbols and special features

● Sorcery Treasure Chest: collect three of this, and you have activated ten free spins; also, during this ten free spin round, if the lamp comes in three times in the round another free spin round is activated. During this round, if the wild symbol lands on either reel two, three, or four, it expands, as the walking dead symbol and activates a three-time winning multiplier, for as long as this round lasts.

Wilds: wilds appear and substitutes for all symbols except for scatters and lanterns. Also, when it expands, it triggers a three-time winning multiplier.